The Long and Winding Road to Market Data Reform

Whose voices should count more? Two recent court decisions cleared the way for the U.S. Securities and Exchange Commission to implement important market reforms, notwithstanding the continuing opposition of the large exchange companies that sued to block the changes. Chair Gensler suggested in a recent speech that the SEC may take the opportunity to accelerate key parts of those reforms.  It’s a good idea, and the Commission should seize the chance to do so.

The SEC Orders an Overhaul of an Outdated System

In many ways, market data is the lifeblood of capital markets.  In the U.S., a critical source of price information is the consolidated market data containing the last sale reports and the “best” bid and offer prices from all the exchanges.  The existence of a “consolidated tape” was a huge advance when it was introduced over 40 years ago (Europe is only now considering its own version).  But the markets have changed in fundamental ways since then, while the system of delivering consolidated data through the securities information processors (SIPs) has stayed mostly the same.

One of the biggest market changes is that the three large exchange families, NYSE, Nasdaq, and Cboe -- for convenience, let’s call them the “three families” -- have gained a stranglehold over the production and sale of market data. Their influence stems from their ability to maximize revenue from selling their own proprietary data, which is better and faster than what the SIPs can offer, and also from their ability to control the SIPs in a way that ensures the “public” consolidated data feeds don’t undercut those other revenue sources.

After years of review and debate, in 2020, the SEC adopted a set of changes labeled the Market Data Infrastructure Rule (MDIR), which did two main things.  First, it called for greatly expanding the amount and usefulness of “core” consolidated data so it more closely matches what participants must pay a huge premium to obtain from the individual exchanges today.  Second, it required more competition by allowing “competing consolidators” to obtain the new data from the exchanges and sell their own data products at market-determined prices, in place of the two exchange-affiliated SIPs that are the exclusive source of consolidated data today.

About the same time, the SEC also took aim at the antiquated and conflicted SIP governance system, which is dominated by the three families.  It issued a Governance Order requiring all the exchanges and FINRA - collectively known as self-regulatory organizations or “SROs” - that jointly manage the SIPs, to file a new single plan to replace the existing, fragmented data plans.  The order had three main elements:

The SEC reforms have the potential to make markets more efficient, fair, and competitive in the following ways:

After arguing against the changes before the SEC, once they were adopted, the three families sued to block them in federal court, arguing they were beyond the SEC’s authority, “arbitrary” and unjustified, and in general contrary to the laws of nature.  None of the other SROs joined them.  IEX vocally supported the reforms, both before and after they were adopted, consistent with our long-held views in this area.[2]

The Court Rules in Favor of SEC

Earlier this year, in two decisions, the U.S. Court of Appeals for the D.C. Circuit delivered to the SEC a near-total victory.  First, the court upheld all the far-reaching changes in the MDIR.  Overall, it found that the rule “clearly represents a reasonable balancing of the objectives Congress directed the Commission to address in a complex and technical area based on the record before the Commission.” The court categorically rejected all the specific arguments lobbed against the rule.  And it delivered an especially pointed response to one argument the exchanges had made, that the rule would hurt market competition by threatening the revenues they get from selling proprietary market data: “Petitioners equate competition with their own competitive position.  But a policy change can ‘disadvantage certain participants while simultaneously enhancing competition in the market’” (quoting a letter from the Department of Justice supporting the rule).

The verdict on the Governance Order was more mixed.  The court struck down the addition of voting rights to industry and investor representatives based on its view that specific language in the governing law (that the Commission may require SROs to “act jointly” under plans like the SIP plans) means that non-SROs cannot participate in governance.  As a result, the new CT Plan was overturned.

But the court upheld the rest of the Governance Order, including the SEC’s authority to allocate voting rights by exchange “group”, rather than by number of licenses.  In ruling for the SEC, the court accepted the reasoning that the disproportionate power used by the three families has “perpetuated disincentives for the Equity Data Plans to make improvements to the SIP data products.”

When the MDIR was adopted, the SEC plan was for competing consolidators to be in place and start offering data by the first part of next year.  But the timeline has slipped substantially, not just because of the litigation.  The major block at this point is the fact that competing consolidators don’t know what fees they will have to pay exchanges for the new data.  In the MDIR, the job of proposing the fees was left to the existing SIP plans, with their conflicted governance.   Late last year, while the litigation was pending, the three families used their control of those plans to propose fees set at levels seemingly designed to ensure no competing competitor could be viable.  In effect, it was a proposal designed to fail, which no other SRO supported.  That proposal still sits at the SEC, but it will almost certainly be rejected.  Once it is, there is no clear timeline to draw up a new one.

So where does that leave us?  We have a set of significant reforms that have been upheld in court, the only question being when and how they will be implemented.  We also have a group of recalcitrant exchanges that have delayed implementation and will likely use any means available to delay further.  The SEC order requiring a new, less conflicted data plan remains, but no new plan is yet in place.  In the meantime, the incumbents can continue to use their control of the existing plans to resist change as long as possible.

How to Push Reform Forward

Here is a suggestion of three steps the Commission could take to speed things up.

First, order the existing SIPs to adopt new “round lot” sizes and carry new odd-lot data, as required by the MDIR.  Today, most stocks are quoted in round lots of 100 shares.  This is an outdated convention -- today there are many stocks that are mostly quoted and traded in amounts less than 100 shares.

Because the national best bid or offer (NBBO) is tied to round lot quotes, investors may get a distorted view of the “best price” at which others are willing to trade.  Traders can get odd-lot information, but they must buy it from individual exchanges; it’s not part of the consolidated data provided by the SIPs.  This also matters because the NBBO determines which quotes are “protected”, meaning they can’t be bypassed for worse prices somewhere else.  For example, an order for 100 shares of a $30 stock would be protected from trading at a worse price, but an order for 50 shares of a $300 stock would not, even though the second order is five times larger in dollar terms.

To increase transparency and update the NBBO, the MDIR set four new sizes of round lots tied to the price of the stock.  For example, for a stock with a price of $300/share, an order to buy 40 shares would be shown as the best bid price.  The MDIR also required consolidated data to include all odd-lot quotes (those for less than the round lot size) that are as good as or better than the NBBO.  Together, those changes will offer investors a better view of the prices at which others are willing to trade.

Chair Gensler has said that the Commission could accelerate putting these two pieces in place.  It’s a good idea, and the Commission should follow it.  Neither change depends on decisions about fees (even the fee proposal by the three families did not ask for new fees for odd-lot data).  The SEC would need to issue a new order directed to the current plans, but it doesn’t need any new justifications – those it offered before still work and have been upheld by the court.  And the market could benefit from gaining experience with these changes before the competing consolidators are able to start operating at some future date.

Second, the Commission can act to get the new single data plan up and running by requiring the SROs to jointly submit a new plan, containing all the parts the court upheld, including the new voting method, and to do it pronto.  No new thought required – the document needed has literally already been written.

At the same time, the Commission can act to transfer authority for setting fees for the new core data to this new plan.  Because other SROs will have relatively equal voting power with the three families, the new governance structure will provide a better platform to set reasonable fees and otherwise support the MDIR’s intended goals.

Third, the Commission can order that the existing SIP plans adopt the same method for allocating votes that is required under the new single plan.  Again, no new justification is needed.  When the MDIR was adopted, there was less reason to tinker with governance of the existing SIPs since they were expected to soon be retired.  Because their retirement has been delayed to an uncertain date, the Commission has every reason to require them to adopt the same voting changes that were upheld by the court.

As it stands, most stakeholders will continue to be denied a vote in the governance of consolidated data based on the court’s interpretation of a few words in the statute.  That’s a shame, but the problem could be fixed with the addition of just a few more words in the same statute to clarify the SEC’s authority.  The three families would likely fight like hell to prevent that, but a vastly larger set of participants would support it.  Which begs a simple question: as between all the firms and investors that rely on market data to make investment decisions, on the one hand, and the three companies that make outsized profits from selling it, on the other, whose voices should count more? 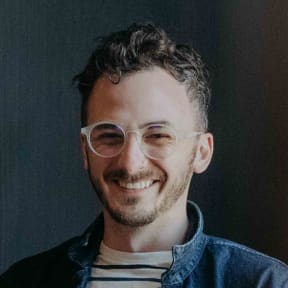 The Clock is Ticking on Equity Market Reform

Ticks of the Trade with Joe Saluzzi of Themis Trading